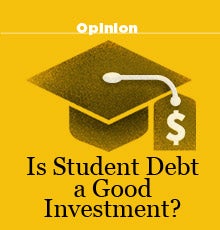 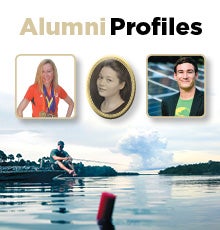 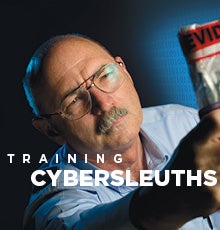 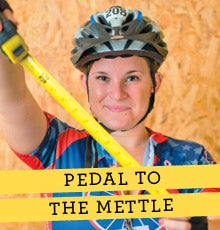 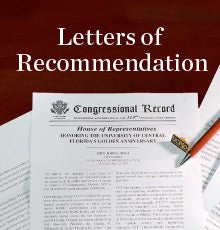 Congratulating UCF on our 50th Anniversary 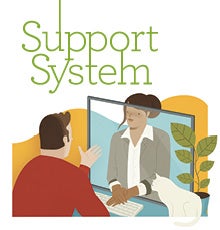 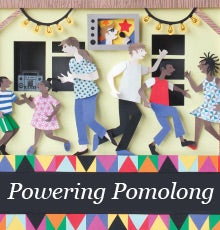 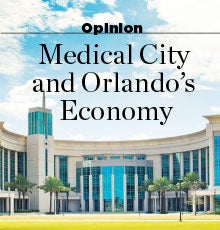 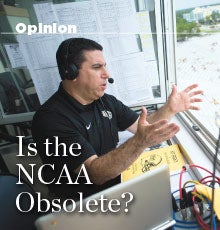 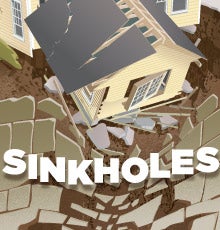 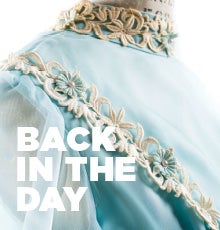 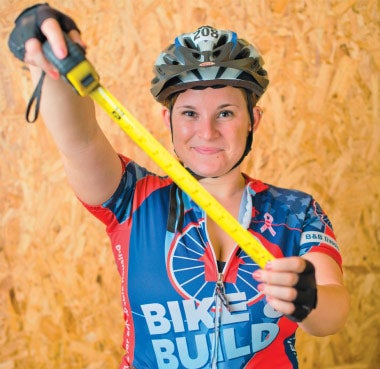 Barreling down the Colorado Rockies at a blistering speed of 44 mph on her road bicycle, Lauren Brown and her fellow cyclists started crying.

“We had a 20-mile downhill with gorgeous valleys,” she remembers. “It had just rained. I heard one of the other girls yell, ‘Look left!’

“There was a huge double rainbow. It was the first time I could actually see where a rainbow started and ended,” the 22-year-old Longwood, Fla., native says. “I’m not sure what it was [that made us cry] — being surprised by the beauty of this sight, how fast we were going, the wind in our eyes, or the combination of everything and being so scared.”

In May, Brown, a senior majoring in event management at UCF’s Rosen College of Hospitality Management, embarked on a 10-week, 3,609-mile journey across the U.S., pedaling her way from Nags Head, N.C., to San Diego.

“It’s a different way of life.”

Riding alongside 27 other cyclists in a program called Bike & Build, the group literally worked their way across the nation, stopping at 14 different housing sites to build, prime, paint and occasionally garden for homeowners. The nonprofit organizes trips for young adults to volunteer for affordable housing projects. Before the trip, Brown raised $4,500, which helped pay for the support van, food, supplies and housing project grants.

The trip was one of many firsts for Brown. Prior to it, she’d never ridden a road bike, seen snow in the mountains or traveled farther west than Tennessee.

“I heard about Bike & Build three years ago through one of my brother’s friends,” she says. “I thought she was absolutely insane. I couldn’t understand why anybody would want to do something like this.”

But then Brown began thinking about graduation and reconsidered her summer plans. She began raising money through donations from sponsors and, with her dad’s help, by making and selling balloon animals.

On the road, Brown learned to live more simply. She had the largest duffel bag in the group, but two weeks into the trip, she shipped a quarter of its contents home.

“It’s a different way of life,” she says. “Literally, all you need is your cycle clothes and maybe a shirt and shorts. It’s kind of funny, but you don’t need to bring underwear.”

Hoping to maximize her grant funds, Brown and her riding partners sought out food donations from local businesses along the way (eating day-old bagels or donated fruit) and kept costs down by arranging free shelter at churches and other organizations. At the end of the trip, the cyclists decided which organizations would receive the money they had raised for affordable housing projects. Brown donated $500 of the funds she raised to the Habitat for Humanity’s Orlando chapter.

Brown says the experience has made her more aware of affordable housing issues — an industry still recovering from the recession. She notes, “There is not one county in the United States where an individual can work 40 hours a week at minimum wage and afford a one-bedroom apartment at the local fair market rent.” On her ride through Arizona’s Navajo Nation, she learned that only a small percentage of homes in the area had electricity and running water.

One of her most memorable experiences was working with a family to help raise the first wall of their house in Colorado Springs. “They worked with us both days, and we got so much done,” she says. “The couple broke down in tears and expressed how thankful they were to have us help them.

“The thing that I take most from this trip is the mental strength I’ve developed,” she says. Brown’s using that newfound strength for her next adventure: training for a half-marathon. 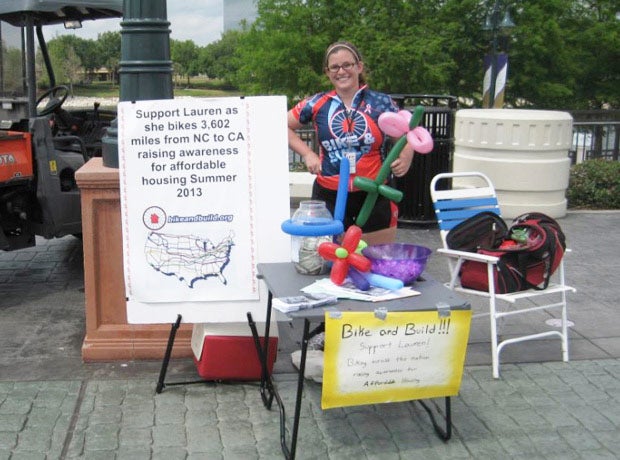 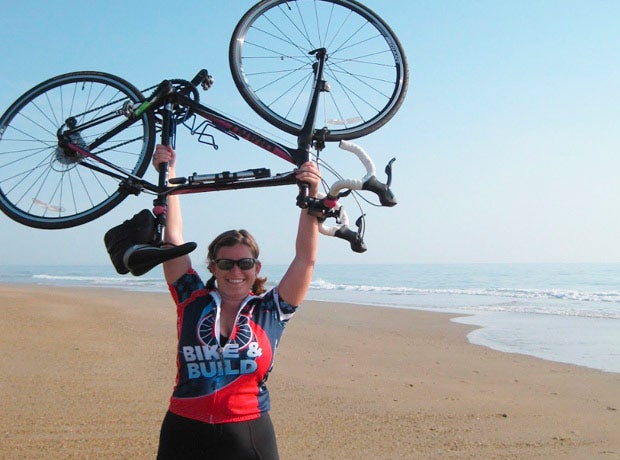 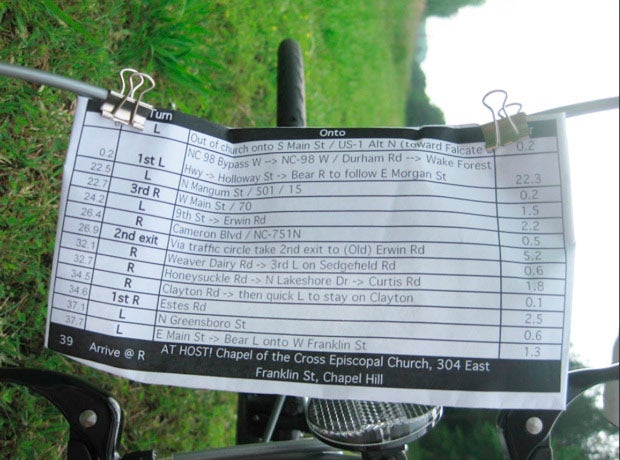 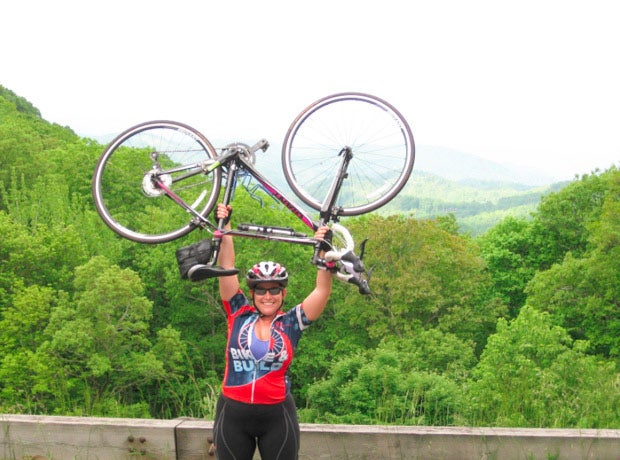 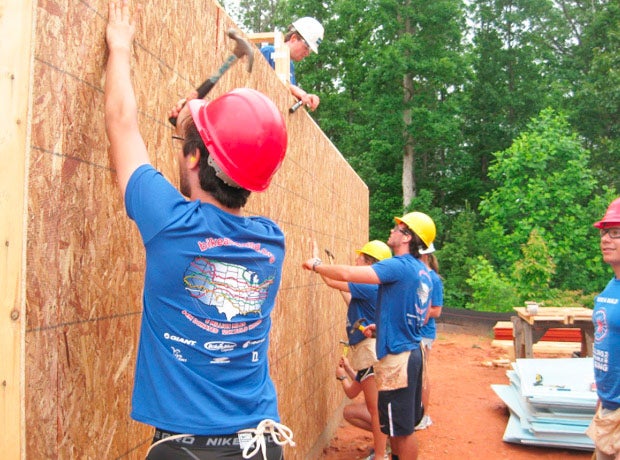 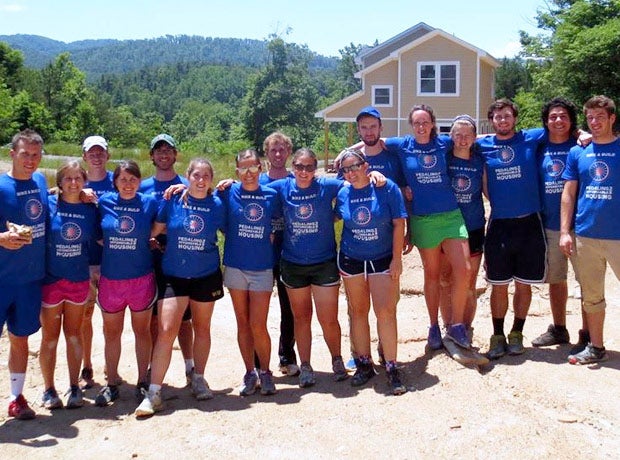 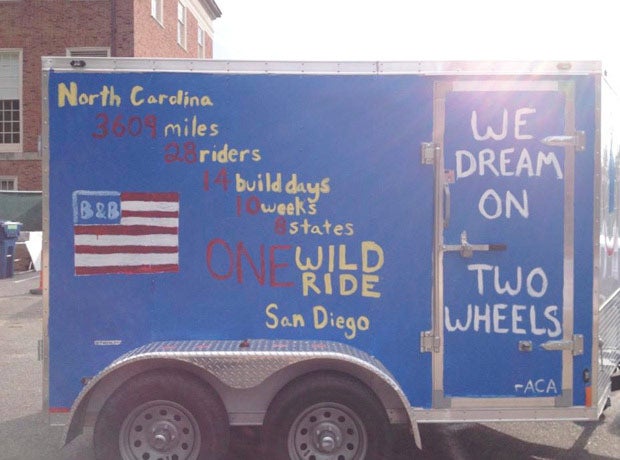 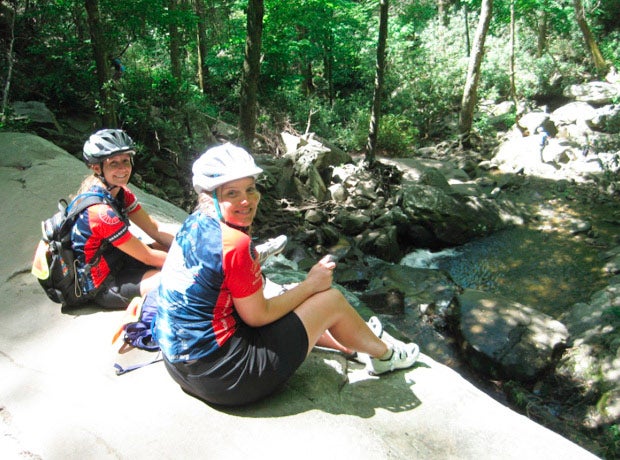 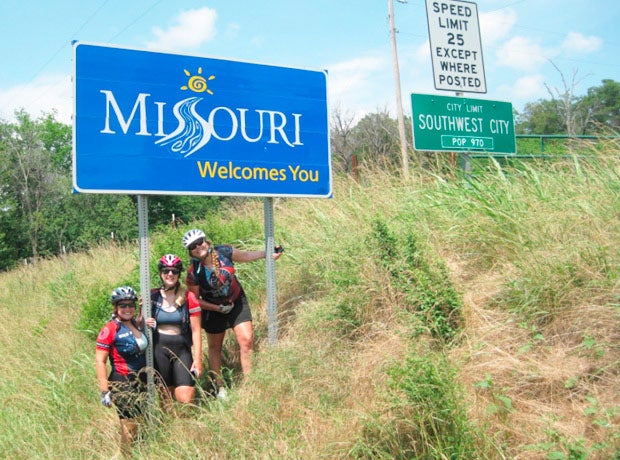 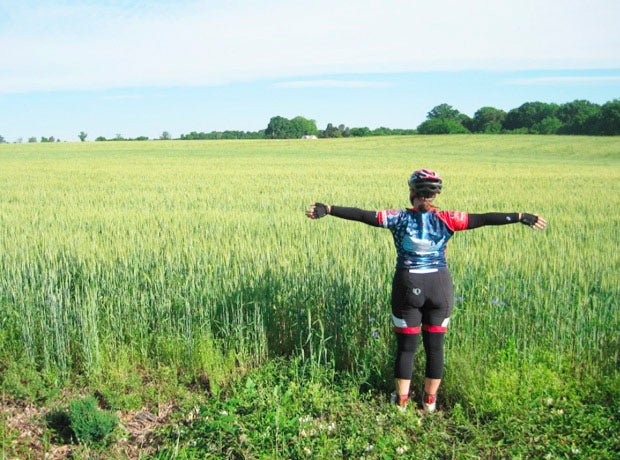 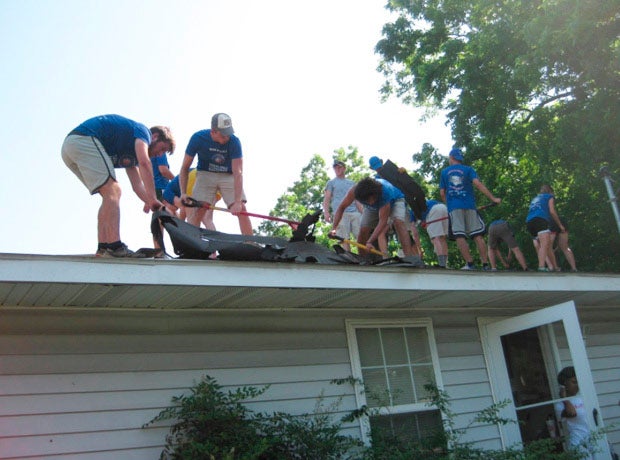 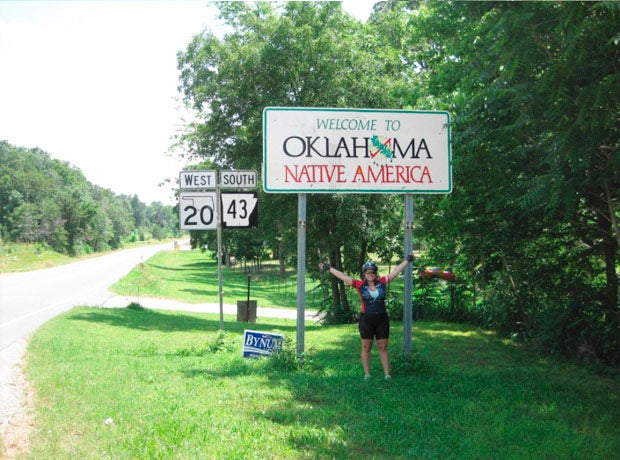 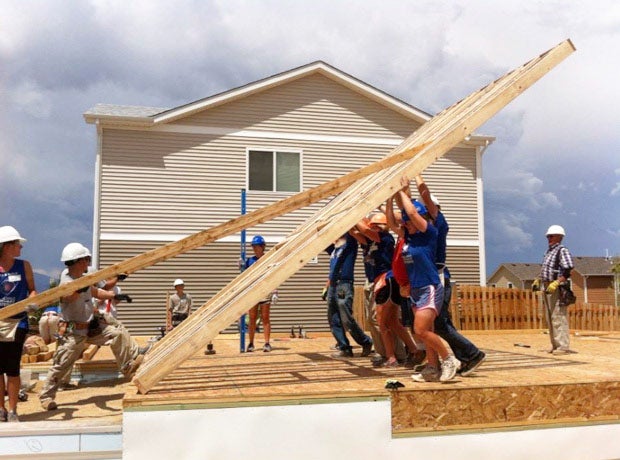 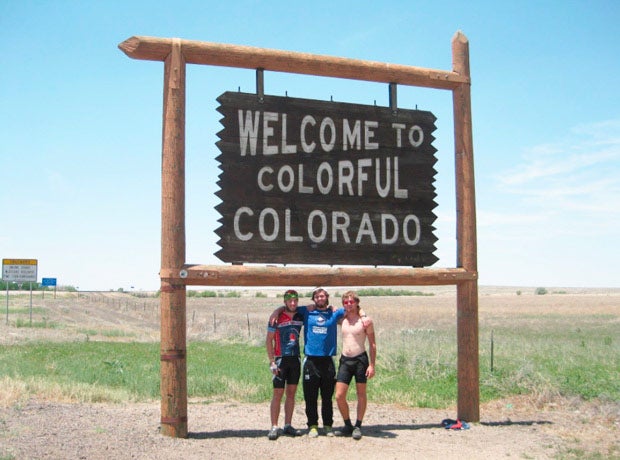 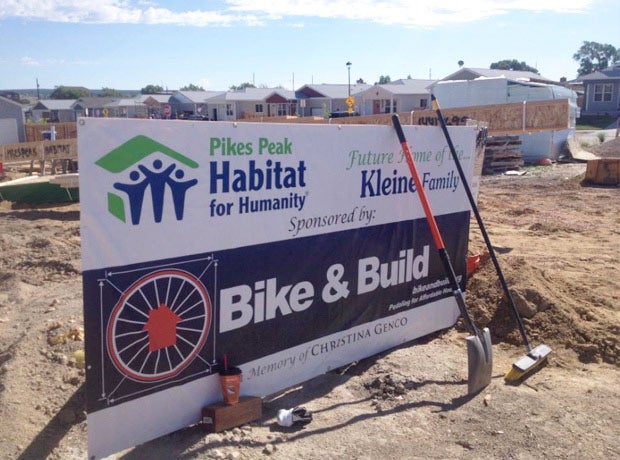 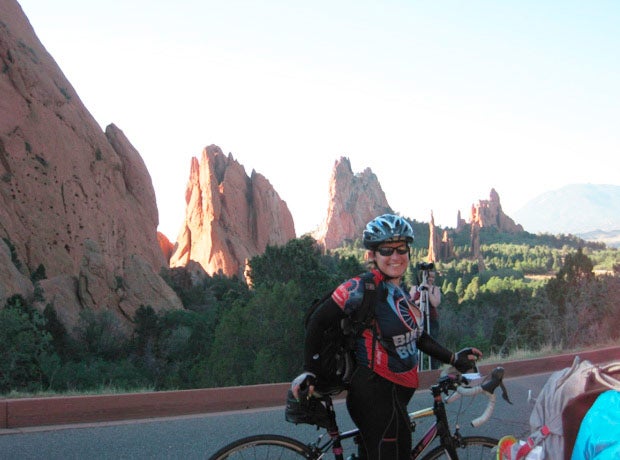 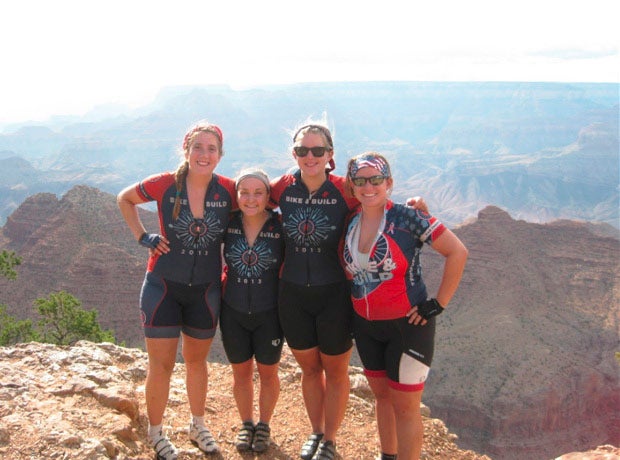 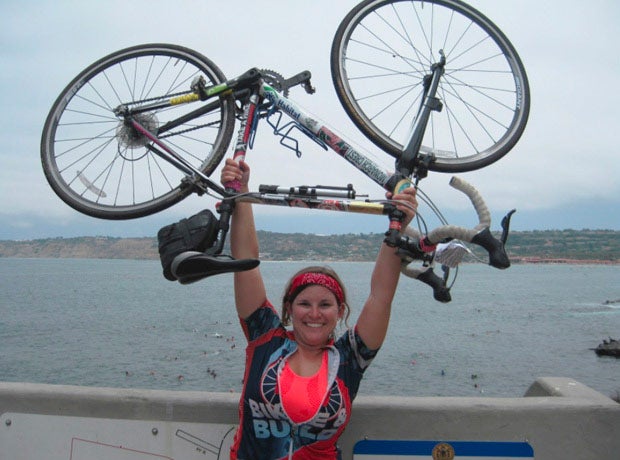