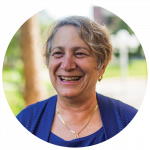 Dr. Elizabeth Klonoff is the Vice President for Research and Dean of the College of Graduate Studies at the University of Central Florida, one of the largest universities in the nation.

Klonoff is charged with advancing UCF’s reputation and impact as a 21st-century, metropolitan research university by growing graduate enrollment, specifically for research-focused degrees, and elevating the scale and quality of its research. UCF is classified as a high research activity university, according to the Carnegie Foundation.

Since her arrival in 2016, UCF has been ranked one of the top 50 public research universities in the nation. The university has seen its sponsored research increase to $181 million in 2018, and U.S. News & World Report ranked 27 of UCF’s graduate programs in the top 100 in the nation in 2019.

She has served in multiple roles at various publications and is an Associate Editor for the American Psychologist journal. Klonoff has conducted research in the area of tobacco control, sexism, racism, and physical and mental health. The National Institutes of Health and the California Department of Health Services have funded her work. She has published widely on culture and gender diversity in clinical psychology, behavioral medicine, and preventive medicine and is a Fellow of the American Psychological Association in multiple divisions.