Knights athletic teams have earned landmark victories on state and national stages — from back-to-back American Athletic Conference titles to BCS bowl wins. But some of our student-athletes’ most important triumphs have been in the classroom, where they’ve achieved an average GPA of 3.0 or higher for 25 consecutive semesters. Success isn’t as sweet without the cheers of fans in the stands, so every student has access to free admission to sporting events on campus. Being a part of the action is an important part of the UCF experience — because we’re never as strong alone as we are together.

UCF Athletics is working with university leadership, the American Athletic Conference, the NCAA and public health officials as we navigate through unprecedented times. In prioritizing the health and well-being of our community, there have been several changes made to this fall’s schedule.

Decisions for potential modifications to The American’s winter sports (basketball and indoor track and field) will also be announced at a later date. Visit UCFKnights.com for more information and updates.

As the Knights prepare to take the field this fall, fans should be aware of several changes that have been implemented.

Explore what UCF football fans should know for this year’s season.

UCF charge onto the field
With our spirit, we’ll never yield
Black and Gold
Charge right through the line
Victory is our cry … V-I-C-T-O-R-Y
Tonight our Knights will shine!

Along the way, all that success has led to the establishment of more than a few UCF traditions, even if a number remain relatively new. Here’s a closer look at what Knights’ fans have come to know and love about game day:

Line up along IOA Plaza and welcome the team, as they head from the bus to the locker room.

Join Pegasus, Knugget, Knightro, the Marching Knights and the UCF spirit teams near Knights Plaza for the fan march to the stadium.

Turn on your cell phone flashlights during kickoff in the Bounce House.

Coordinate your colors with fellow Knights — from anthracite (gray) and gold to black and white.

Bounce when you hear Zombie Nation’s “Kernkraft 400” and cheer on your Knights.

Sing the UCF alma mater with the team after each home game, win or lose. 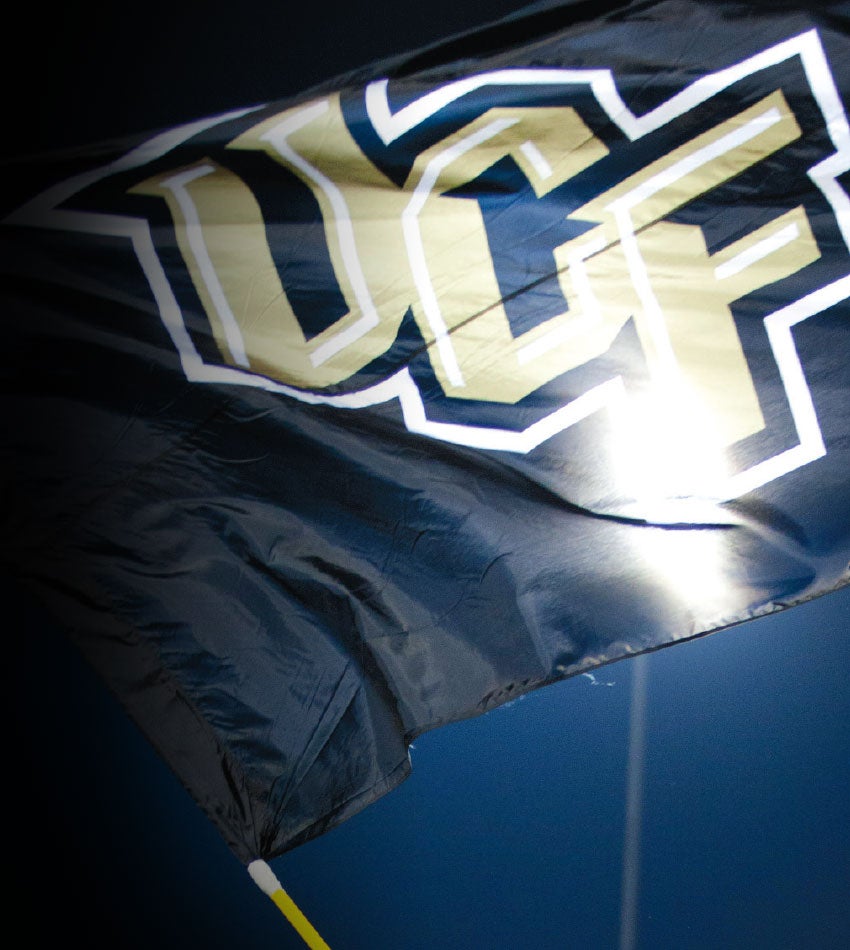 We Determine Our Own Destiny.

From the first kickoff on a converted cow pasture to buzzer-beater shots, grand slams and championship cheer routines, UCF Knights have been building momentum on the field and the court since our athletic debut. And whether we were underdogs or the overwhelming favorites, you’ve been cheering us on every step of the way. With your continued support, the best is yet to come.

Athletics at UCF in recent years has celebrated unprecedented levels of success and achievement in virtually every measurable category on and off the field. This year though, the COVID-19 pandemic has caused budgetary uncertainty.

The Keep Charging On Fund is a one-year fundraising effort to provide unrestricted charitable support for UCF Athletics and maintain the significant momentum built over the past four years. Help us finish strong by sharing this initiative with others in the UCF community to help us achieve our goal and continue to visit KeepChargingOn.com for updates.

To Reach the Next Level, UCF Athletics Aims To:

“I loved wearing the Black & Gold and representing this great school. I learned a lot since stepping foot on the UCF campus. Each experience taught me something of great value. Thank you to all of the people who support our program and help provide scholarships for student-athletes.”

One of the university’s most influential student-athletes, who has worked to get back to competition after a traumatic leg injury in 2018, has decided to…

A sampling of snapshots that show the full scope of life as a Knight before and during the pandemic.

What to Know for the 2020 UCF Basketball Season

UCF men’s and women’s basketball tip off their seasons at Addition Financial Arena, which will implement enhanced COVID-19 safety measures. 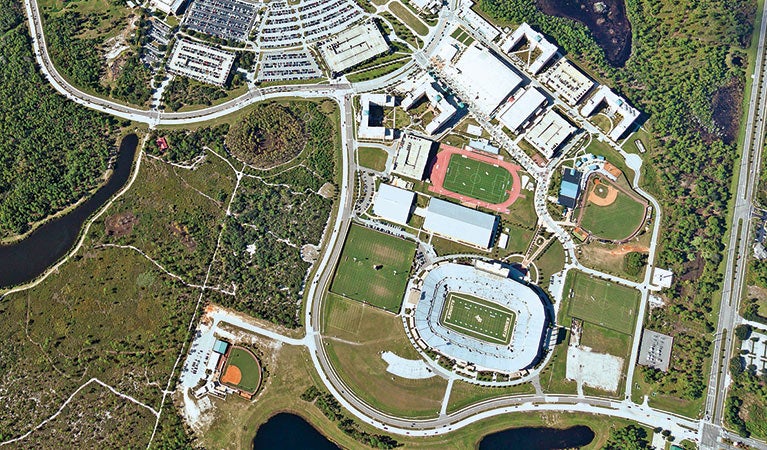 World-class facilities have never been more important to attract recruits and win scholarships.